Hind is my Shero

A recent picture of Khalid crying while his mother
laying down in the hospital!
posted by:
https://www.facebook.com/StottegruppeForHindOgBassam

Her name is Hind, she decided to go on a hunger strike 21 days ago, she has a little son called Khalid, who is always crying for his mother, asking when she is coming back home, her husband Bassam is really wishing she’ll overcome this difficult time… More people are interested in the cause now but I still feel it’s too little, too late!

None of the officials in the Norwegian Immigration department bothered themselves to ask him what that she wants, why she is doing this to herself and her family, what happened!

I always had this feeling, being a refugee or an asylum seeker in Norway is insignificant, one is only a number with minimum human rights. The worth of the refugees to the current heartless Norwegian system is a big fat ZERO, now I know for a fact it’s true, It’s not because UDI (Norwegian Immigration Department) don’t keep statistics about those who die in the asylum receptions…Not because the last “«barn på flukt” law was a big PR stunt… Also Not because around Christmas last year the state secretary told the rejected asylum seekers it’s ok for them to starve if the money given by the state is not enough, after he was informed that few asylum seekers are fainting of hunger, and he added if they don’t like it they can always leave…

No, not all of the above, but it’s their reaction to a case like Hind’s, a young 31 mother, came to Norway with her child and husband, why she would do this to herself, unless she is so desperate, the way they are dealing with the problem after 21 days of hunger striking is really bothering me!

The Norwegian government is throwing away fundamental values of the society such as solidarity, compassion, empathy, etc…They don’t realize the disaster they are doing to their own country and even if they did, I don’t think they really care!
They are indeed destroying the term solidarity and all its pretty meanings and turning it into another empty word they use when it’s convenient, when they want to brag about fake things that don’t exist practically anymore.

Thank you Norway, Hind today on her 21st day of hunger strike, her blood pressure is 80 over 45 according to her husband…It’s not normal to be left to die, just because someone feel their rules and laws are flawless and should be applied no matter what… Flash-news guys, rules are made to serve us not the other way around!

By the way, Hind, me and others are worth it, even if UDI and UNE don’t believe that , Why? because every human on this planet worth living, and every refugee worth become a citizen of an existing state. Hind today fights for her right and her family’s right, but not only this, she also fights for me, my family and the 61% rejected stateless people during the year 2011!
She is indeed my (S)Hero!

For updates on hind’s case, please join her support group on Facebook: https://www.facebook.com/StottegruppeForHindOgBassam
You can also follow tweets with the following hashtags:#PalHunger in #Norway #Arendal 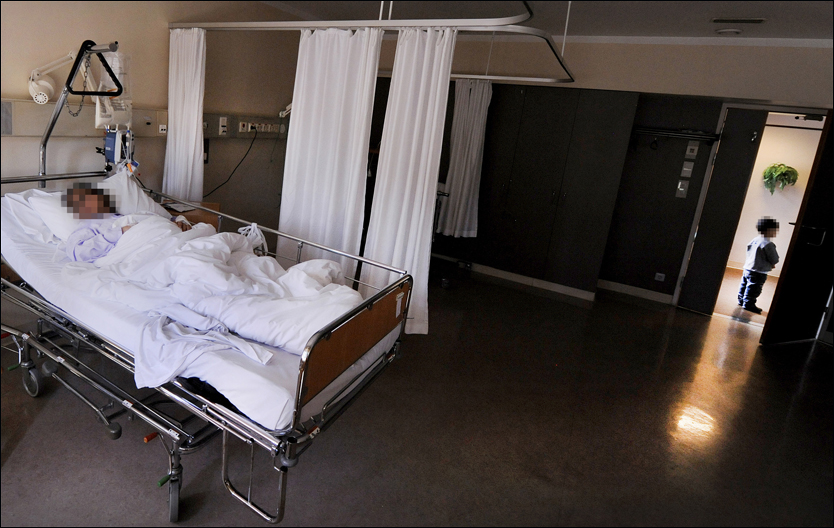 My family is originally Palestinian from Haifa. My grandparents (from both sides) were born in Haifa, which is now part of Israel. In 1948, during the conflict that followed the 1947 United Nations General Assembly Resolution 181 (11) ‘Future Government of Palestine’ (also called the Partition Plan for Palestine), my grandparents, on both sides, left for safety to Basra, Iraq. For 6 months they were in flight because of the violence and death that broke out in the Haifa region. Then they moved to Baghdad, Iraq. I call myself a Palestinian Iraqi female. I used to hold an Iraqi document that allowed me to legally live in Iraq and other countries, including the UAE – United Arab Emirates. This document was valid for me and my family until 2006. As a result of the war my family and I became stateless. In 2008, I applied for asylum, in Norway, for myself and my family. But we were refused legal permissions. In the process I applied with the UDI – the Norwegian Directorate of Immigration. We were refused after 22 months of waiting. I appealed the decision, but it was rejected. Why? For two reasons: Because our 1948 document of permissions from Iraq had been discontinued. Also, because we came to Norway, not from Iraq, but via the United Arab Emirates. Because of this, were not considered war victims. we could not return to the UAE or to Iraq legally. We feel we have been left with no life. We have no passports. No way of legal travel. No valid residency. No official recognition from the countries of our past. No recognition inside the country of our future – Norway where we now live. Now our future is vague. We are adrift, in pain, with no legal place to go. We are stateless and paperless. For the full story please check:

Copyright © 2010-2020 Iver Neumann-Korsgaard Blog All rights reserved.
This site is using the Multi Child-Theme, v2.2, on top of
the Parent-Theme Desk Mess Mirrored, v2.5, from BuyNowShop.com